Music and Sound Design for Film, Games, Media, and Events

Music and Sound Design for Film, Games, Media, and Events We recently enjoyed working on a collaborative project between FGMNT studios, Imagination and ourselves, for the release of the all-new BMW i3. The i3 is a sleek, sophisticated, all electric car being shown off throughout 50 shopping centres Australia-wide. The project was an augmented reality experience conveyed via iPads set up around a vehicle on a podium. The user would hold up the iPad, view the car through the camera, then the app locks on to the car, and the world is transformed into a futuristic sci-fi environment, then the user is free to explore the new car in depth via digital animation on the iPad. FGMNT studios in Prahran animated the immersive experience, creating a visual palette for us to populate with music, ambience, and sound design. The requirement was that this be an immersive experience, and this informed the decisions we made when creating. We first set about creating a sparse and inviting musical ambience bed, keeping it as melodically simple as possible, to avoid clashes bewtween iPads in close proximity or any other music that may be played within stores near-by. With all the custom interactive sounds to be played over the top of this ambience bed, all sounds had to work together to strengthen the immersion. We used techniques such as filtering out the higher frequencies of the ambience when you entered the car, to suggest the user had actually moved into a different, enclosed space. All of the futuristic sounds were of bespoke design, and were layered with swooshes and transition effects, for that touch of class. We worked closely with FGMNT during the implementation stage to ensure the sounds came across effectively and as envisioned on the medium.

The centerpiece of this experience was the larger than life transition when the car appeared on screen at the beginning, and the augmented reality world was constructed. The brief was to be electric, and a real ‘wow’ moment for the user. We constructed a big electric rise sound, and triggered some epic futuristic sfx as the world was building around the car, transitioning into the beautiful sci-fi adventure. Follow the link to see the end result and how it all turned out. 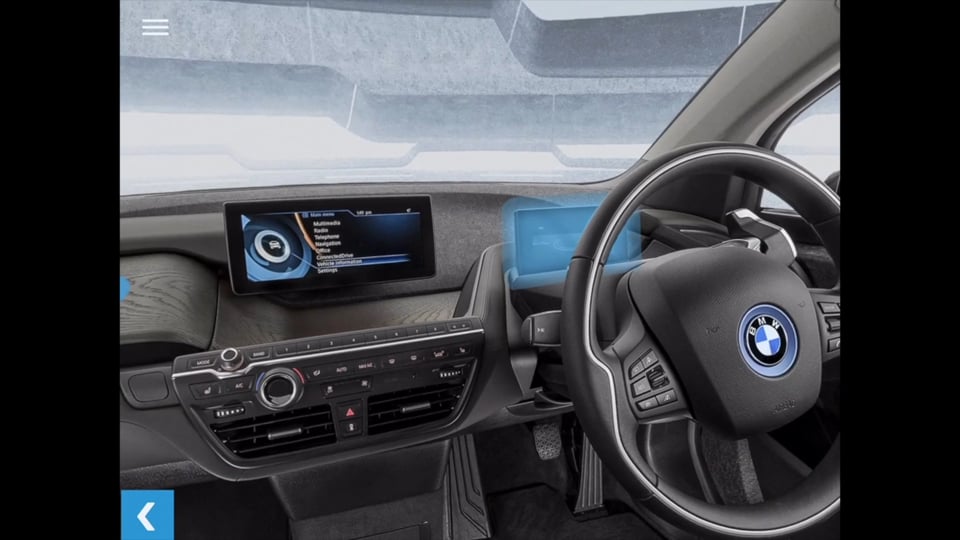