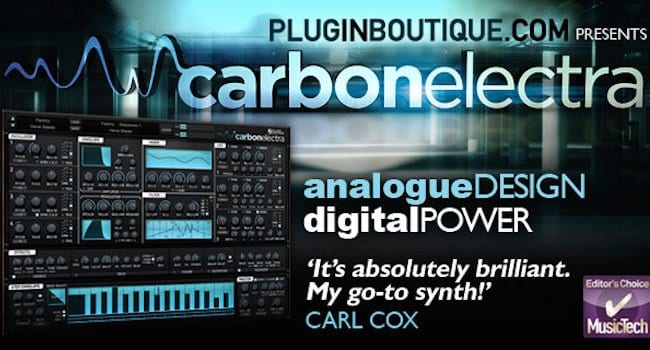 It’s been over four years in development at samplify and now it’s officially out. Designed by Davide Carbone, software synthesiser Carbon Electra has been receiving amazing reviews in the world’s most respected music publications, and several world famous artists are using it in their music.

in 2010 Davide began designing a four oscillator virtual analog synth for use in his own productions. Simplicity, modernity and power were his objectives; something that was easy to program, offered live programming updates and featured a fully flexible stepper and modulator. After building it in Reaktor Davide introduced the concept to Josh, who loved the idea. Together they continued to develop it and refine it before approaching Plugin Boutique in the UK to act as a publisher.

After three further years in programming development, Josh and Davide created over 600 factory presets to demonstrate it’s capability, while a select handful of big named producers in the electronic music world got involved, adding their own sound sets to the vast preset library.

Immediately upon release Carbon Electra was awarded ‘Editors Choice’ in MusicTech Magazine. Glowing reviews and user feedback has followed alongside several planned updates. We at samplify have loved seeing this labor or love come to fruition and watching artists and producers across the world share our enthusiasm for this product.

And some quotes from the reviews:

a very powerful synth with character of its own, the envelope step sequencer is one of the most clever additions I’ve seen.

a digital beast perfect easy to approach, yet complex for your sound design needs. A focused instrument geared for the modern producer.

Carbon Electra has a sonic richness, the raw oscillators are fat, buzzy and especially delicious in the lower octaves. The precision and clarity of modern VA synthesizers with the wild aggressive nature of an analog beast.

the synth’s sounds definitely cut through mixes. Basses really bring the bottom end of mixes to life and some of the leads and incidental effects add angles to tracks I can only dream of.

An easy to use synth with stunning visuals and incredible sound.

Directly from a future: a modern aggressive sound with best step sequencer ever and lots of presets from star producers. 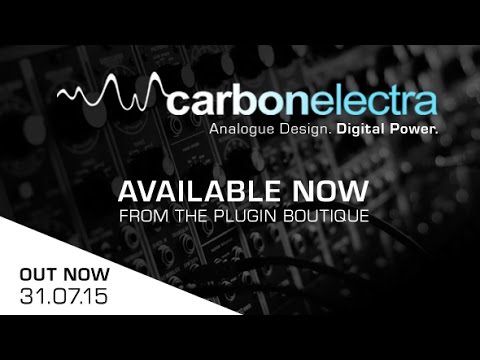