Samplify recently had the opportunity to work on the fast-paced arcade platformer Damsel. Developed by Brisbane based developers Screwtape Studios, Damsel is set in a dark cartoon world where you play as a government agent saving the world from well-dressed corporate vampires.

The game already had a soundtrack in place and Screwtape came to us looking for sound design to populate the world. They needed general user interface sounds along with all enemy, character and environmental sounds. We needed to maintain the gritty underworld theme that the game was all about so we favored on decidedly ‘hot’ and distorted sounds and processing techniques. We incorporated a lot of Foley recordings into the sound design of Damsel, layering subtle touches of realism to each sound. This helped with the immersion, giving the player hints of familiarity in the audio that they could subconsciously relate to. It was a pleasure to work with the crew at Screwtape and through their clear vision and direction we were able to deliver audio that greatly complemented the game. 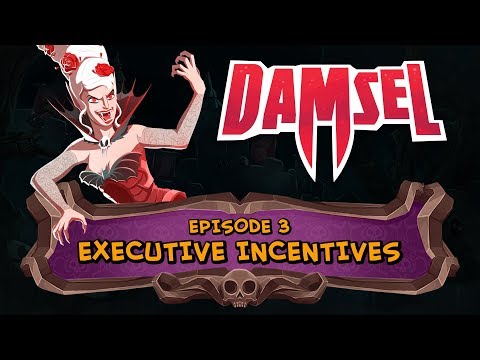