One of the most rewarding jobs of last year was a product launch for the automotive powerhouse Lincoln, in Beijing. The event was a huge spectacle, with on stage performances, stunning visuals and vibrant sound. It was an excellent opportunity for us to showcase quality and versatility as a professional audio house.

Being such a large-scale project, with numerous production studios collaborating to realise the completed show, creative direction was essential, and well executed by Alastair Wilson of Imagination. We have worked under his direction on large projects for over five years now, and have always found his creative briefs to be inspirational and always challenging us to go beyond what we believe we can achieve. On this occasion, given the iconic nature of the Lincoln Continental, and its significant re-launch on the Chinese market, Alastair wanted something unique and memorable to reflect the significance of the occasion.

The overall brief for the project was to create an environment that had a sense of grandeur, like a modern opera house, whilst also embracing the audience; to create the sensation of attending an opening night, not a corporate event.

The show was set on a large stage, flanked either side by massive LED screens, and featured a drop down Kabuki projection screen that was released halfway through the show. The projection capabilities were groundbreaking, and enabled lavish visuals to be utilized on the both screens and the stage floor, creating a uniquely interactive landscape that enhanced the choreography throughout the event. This technology was used extensively in the piece titled Category of One.

Category of One was a finely crafted piece of music with strong emphasis on sound design. As inspiration for the music we looked to the qualities of the Continental; building a sense of gliding, of sanctuary, and of beauty. We based the score around a grand piano, gradually introducing cinematic strings, then finally the grandeur of an orchestra. While we are of course proud of our work on the music, the true centrepiece of this act was the lone dancer, interacting with floor projections on stage. Each of these interactions was enhanced with sound design in order to emotionally connect the audience with the performer – As the performer journeys into a galaxy of stars the song begins and the performer is increasingly active. With each eloquent swipe of his arm and graceful spin, sound effects compliment his actions, placing him sonically within the environment. The sound design incorporates lots of swooshes, subtle hits and a select few powerful sub movements, to punctuate the rapid materialisation of the iconic Continental outline in the nebula. 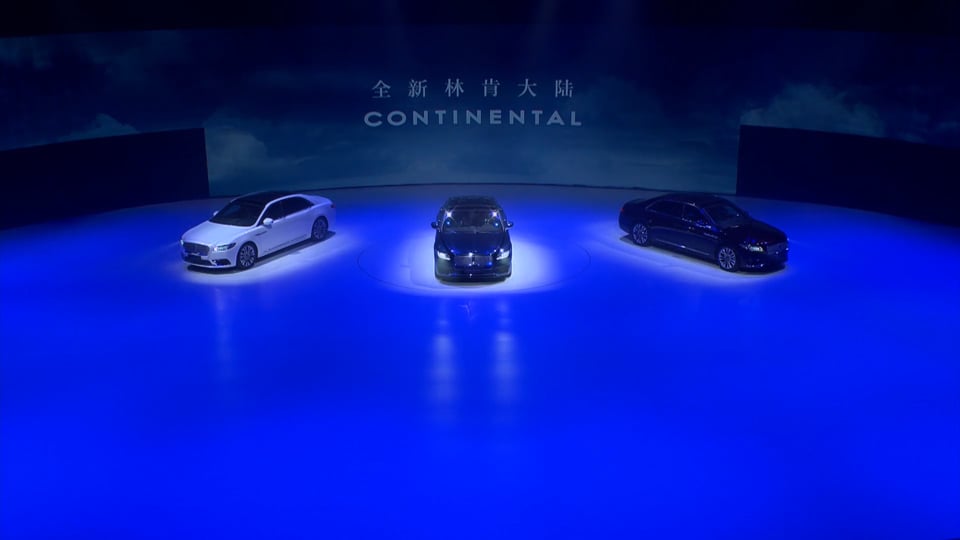 When it came time to bring the iconic automobile on stage, a statement needed to be made. The moment had to be bold and powerful, with a shroud of mystery during the build up. To capture this we featured an edgy, modern electro-rock song with a heavy feature on cinematic sound design. It opened with an epic crash and an ominous horn coming from the darkness, the horn wrapping around the audience, signalling the start of an event. This led to further tension-building sound effects and a lone sustained string before building into the main track and the moment of arrival. The main track featured bold female lyrics extending an invitation to another life, to “live like kings”. While sonically expansive, the vocal performance has a feeling of intimacy, as if the singer is asking you personally to join her journey. 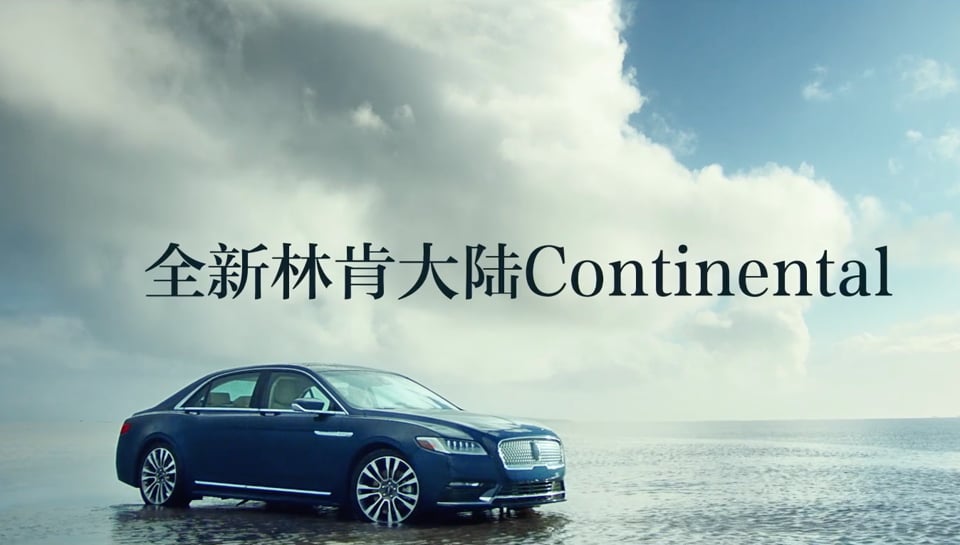 With the Continental now on stage, the Kabuki drop was the climactic moment to reveal the prices of each model. A large screen unfurled from above the stage, heralded by a massive sub bass boom.

The price reveal is a meticulous piece of composition and sound design, featuring orchestral influences and dubstep-electronica, intermittently punctuated with breaths of sophisticated breaks. It is a combination of strong, bold statements and opulent luxury, carrying cinematic tension until the final price-reveal, which is major-key and uplifting. The piece was written to reflect the evolving nature of the market for Lincoln Continental. Classic and traditional, yet modern and sophisticated.