Samplify are thrilled to have produced the soundtrack for the Royal Australian Navy’s 2013 International Fleet Review in the Sydney Harbour. The soundtrack included several original compositions and sound design from samplify’s Davide Carbone and Josh Abrahams, and the event has been described as one of the biggest public events of the year with over a million spectators attending the ceremony.

Davide and Josh worked closely with Heath Campanaro, Trevor Smith and Adrian Goldthorp of creative agency Imagination, and the Royal Australian Navy, to deliver a thirty minute soundtrack for the event’s one of a kind fireworks and light show.

Commenting on the production of the soundtrack Davide Carbone says “Working with Imagination on another event of such significance was fantastic. On this project we had to consult closely with the musical director of the Royal Australian Navy band, whilst co-ordinating with the timeline from Imagination.

It was a real honour to produce the soundtrack, working alongside the Royal Australian Navy band and writing original score. I was left breathless watching the spectacle unfold and seeing all the elements come together. These types of projects are once in a lifetime.”

The celebration saw fireworks launched from seven warships and an illuminated Opera House covered in projections of the fleet, as well as cascading streams of colour pouring from atop the Sydney Harbour Bridge.

Project director Heath Campanaro has described the event as “one of the biggest events ever staged in Sydney” with a likeness to the Sydney New Years Eve fireworks display. The International Fleet review celebrated 100 years since the Royal Australian Navy first entered Sydney Harbour with its original fleet of seven vessels on October 4, 1913. 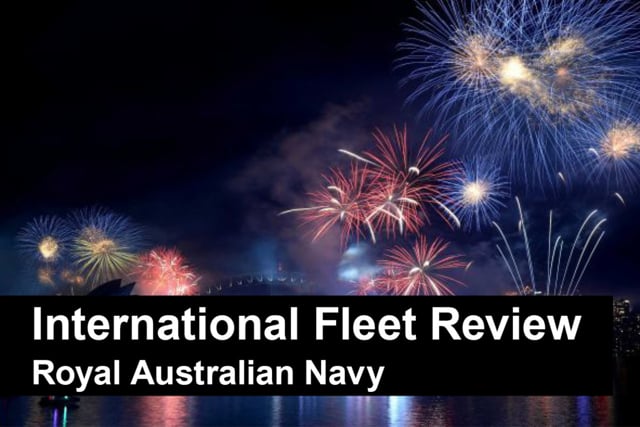