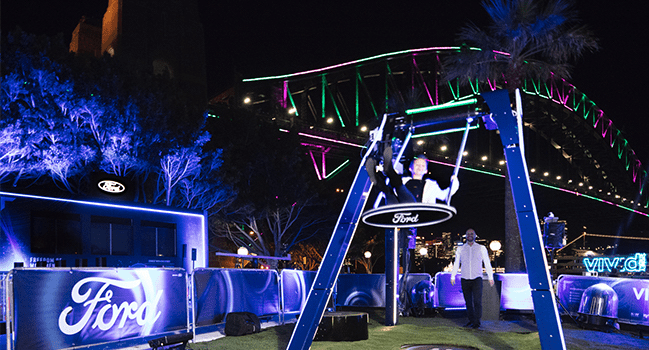 Recently we worked in partnership with Imagination on a collaborative project to create an innovative activation piece for Ford at Vivid Sydney.Vivid Sydney is a unique 23-day annual outdoor lighting festival that is vibrant, innovative and engaging. Although the festival is centered on the idea of immersive lighting, an integral part of creating such immersive environments is the sound.

The idea was to increase brand awareness for Ford through an interactive display incorporating a giant live swing set. These giant live swings were utilized for two standalone experiences. The first was an energetic and awe-inspiring demonstration or ‘show mode’, where the swings seeming come to life and move on their own, for which we composed a piece of music designed to enhance the movement and engage viewers emotionally. The second experience was a live ‘user mode’, whereby the audience could interact and swing on the swings accompanied by brilliant lights and enveloping sounds. The show mode was to attract, entertain and thrill the audience while the user mode was to be interactive, fun and engage the audience. In terms of the audio the main point of difference for us was linear vs non linear. 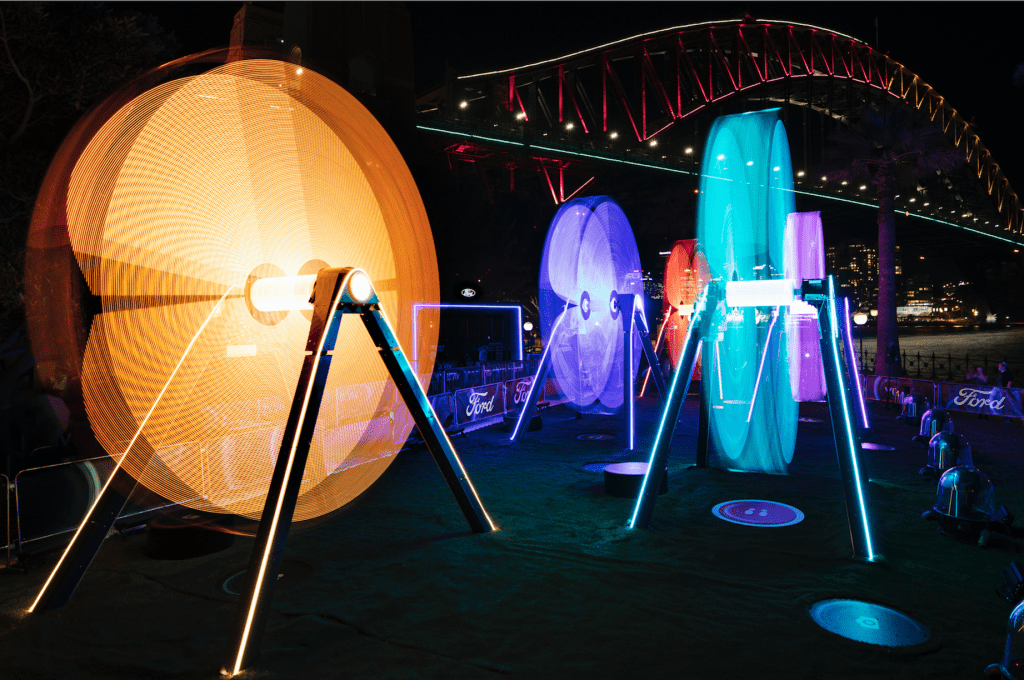 With the show mode, samplify composed a piece of music specifically linked to the visuals of the swings on a pre-determined timeline. The swings started moving at seemingly random intervals, each having their own tone, or ‘voice’, and being introduced one at a time. As the piece progressed they slowly fell into unison and rotated as one. This section created a poly-rhythmical wonderland that felt sporadic and improvised, but, with careful composition, had a sense of cohesion and unity at the same time.

The user mode posed a more challenging role for the audio and required us to created sounds as users reached new height milestones as they swung. We created different length swooshes, and chimes that rose in pitch to represent how the user was swinging; the higher the swing, the longer the swoosh and the higher the chime was in pitch. The problem was not having time-linear data on which to build the audio. The sounds had to be triggered via a middleware program that contained a real-time data feed from the swings themselves. As the data came through specifying the height of each swing motion end point, a corresponding sound was triggered. The end result was a fun, sonically stimulating experience. 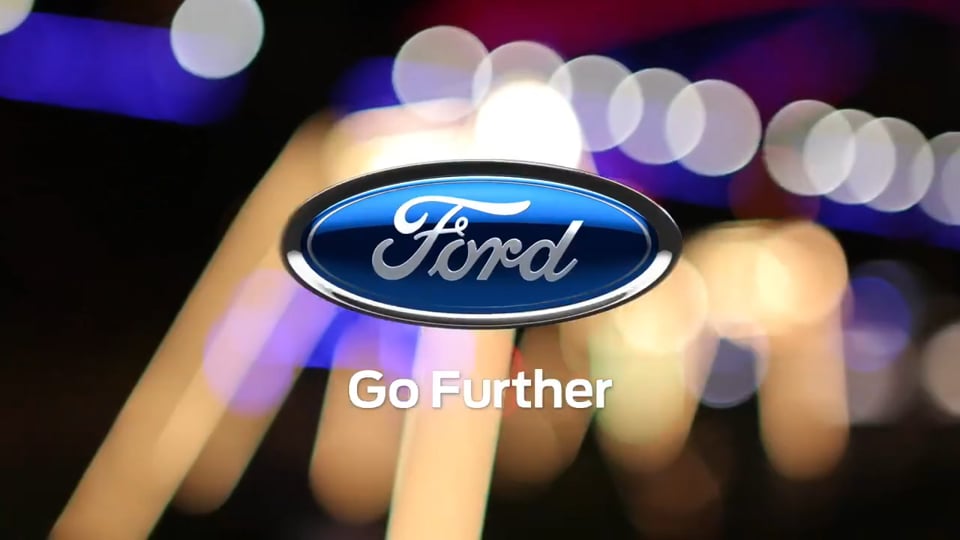